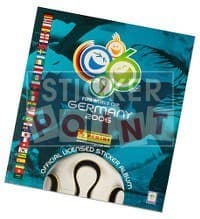 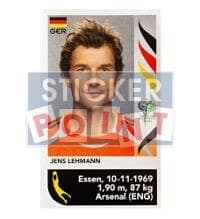 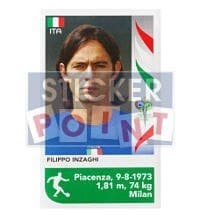 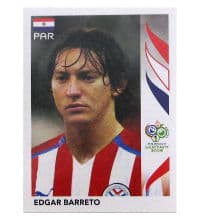 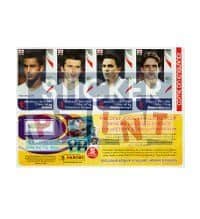 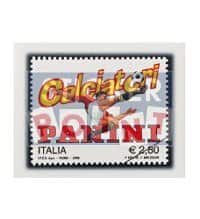 The World Cup 2006 takes place in Munich, Germany for the second time after 1974. The football enthusiastic nation proved to be an excellent host and the whole country contributed to strengthening the "we-feeling". As a result, many football festivals could be celebrated during the course of the FIFA tournament. The constant beautiful summer weather and the enthusiasm of the spectators and hosts made the collecting of the Panini World Cup Series 2006 a true summer fairytale. The good and bad times were shared by the spectators that peacefully followed the football matches together at the public watching. The collector's album 2006 captures theses unforgettable moments in an impressive manner; therefore the album presents a unique souvenir of this one-of-a-kind FIFA World Cup.

In the year of the FIFA World Cup Germany 2006 even more Panini albums in the category football came out for the national league (also in Austria) and the Champions League. As usual, the collecting was also highly valued during this year and it took up many hours. Thanks to the numerous offers, Panini could sell a great number of albums and stickers.

The Panini album World Cup 2006 is blue and turquoise and does have a calming effect on the viewer due to its color combination. The logo, which also represents the motto of this world cup in Germany, is in the center of the cover of the collector's album Panini World Cup 2006. Under the slogan "A time to make friends", three smiling circles symbolize the joy and the fun that accompanied this FIFA World Cup Germany 2006.

The Panini collector's album World Cup 2006 also conveys the message of the motto in various nations. Because of the many stadiums that exist in Germany and the relatively small size of the federal states the complete Panini World Cup album also serves as a little traveling encyclopedia. The large number of stadiums is shown in a very nice manner in this booklet. On the 64 pages, not only the country and the stadiums but also the participating nations are presented. In addition to that, you can find a game board in the booklet that contains all teams that made it to the finals. The album was sold at a price of 1,00 € a piece.

People who sell their Panini World Cup album today get quite good offers for a copy of the category "mint" (as new). However, it is worth waiting because the offers will certainly increase in the following years. Hence the motto: the older, the more precious. The price for very well-maintained Mexico 70 albums is already at about 2.500,00 €.

The stickers and packets

In order to complete all 64 pages, you have to collect the corresponding Panini World Cup 2006 stickers. These stickers are available in packets with 5 images each. In every display with 100 packets are 500 stickers in total. To finish the Panini World Cup album 2006 Album, 596 images plus the rare anniversary stamp have to be stuck in it. The packets are color matched to the album and there are different editions of the packets. The color of the German version was, for example, a matte shade, whereas the packets from South America had a metallic look and were therefore also called glitter packets.

When collecting the Panini World Cup 2006 sticker collection it was particularly rewarding to buy a complete display with 500 images since, on the one hand, each box didn't contain a lot of doubles and on the other hand, there were other attractive offers with an advantageous price. Whoever aimed to complete his album in a more slow and successive manner only bought about 10 or 20 packets at once, which were sold at a price of 0,50 €. This enormously increased the probability to find doubles. People who still needed some images of the Panini World Cup 2006 collection could order these by post directly from the manufacturer. Until today, you can also order individual stickers on Ebay or Amazon. Here on stickerpoint.de you can also find great offers including even the complete collection with all images (not glued in) plus the empty album online.

In our online shop, you can relive this unique experience; we provide interesting offers for you. This FIFA World Cup does not only enchant the locals but the whole world. The Panini World Cup 2006 Series is predestined to be the rare souvenir of the summer fairytale 2006. With this album, particularly if it is complete, you can revive the nostalgia of this special World Cup.